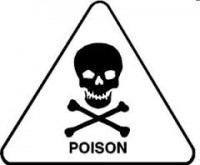 Addiction is characterized by compulsive drug seeking and abuse, even in the face of negative health consequences. Most people are aware of the dangers of smoking and yet millions of people continue to light up, despite the fact that smoking is the leading preventable cause of death in the United States

That is the very nature of drug addiction – we know it’s bad but we want more anyway.

Being addicted to nicotine carries with it a host of health problems. Nicotine is a super toxin which has no business inside the body or brain. Nicotine a natural insecticide that provides the tobacco plant protection from being eaten by insects. The widespread use of synthetic nicotine (neonicotinoids) as a farm crop insecticide is now being blamed for killing honey bees.

Drop for drop, nicotine has proven to be:

While the amount of nicotine taken in during smoking a cigarette or vaping is not enough to be fatal – it is very harmful. Nicotine, in any form, has known adverse effects on the body. In a 2015 study in the Indian Journal of Medical and Paediatric Oncology, researchers found that Nicotine poses several health hazards.

Are you ready to stop smoking once and for all? It’s time!